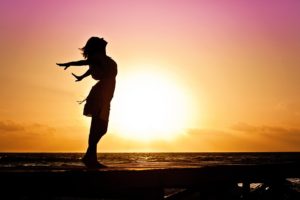 No Stitches, No Staples

Most women assume dealing with dreaded stitches or staples is a given with breast cancer surgery, but this isn’t true. Staples were used by surgeons because they’re quick and easy, but their use should now be a thing of the past. And while stitches are necessary to close the incision, they’re now buried underneath the skin and will dissolve in time. Since the stitches are concealed underneath the skin there’s none of the ‘railroad scarring’ that was visible with removable sutures.

Wound care is also easier as waterproof dressings don’t need to be changed and can be worn in the shower. The dressings remain in place for two weeks and will be removed during the post-operative visit.

Hidden Scar breast cancer surgery is a technique whereby incisions are made in less visible locations on the breast, such as the natural crease beneath the breast, or along the edges of the areola, or in the natural fold of the armpit. Once the incision heals, the scar will be less visible.

While Hidden Scar surgery requires more skill and time, it’s worth the effort if a woman qualifies as a candidate for the procedure. If a scar can be made less obvious, it softens the daily reminder of a woman’s breast cancer journey.

When a woman needs to have her whole breast removed to successfully fight her breast cancer, the nipple used to be removed as well. But now there’s a technique that saves the nipple so that when you look at yourself in the mirror it won’t be as obvious that you’ve had your breast removed. With the nipple sparing mastectomy, the surgeon uses the Hidden Scar technique to hide the incision in the crease at the bottom of the breast. The surgeon removes the breast tissue but leaves the outside of the nipple in place.

The breast is then reconstructed with an implant, which today look and feel more like natural breasts. When the reconstruction is completed, you will look in the mirror and see your breasts and nipples, and not your scars.

Dr. Aaron Margulies has extensive training and experience with both Hidden Scar procedures and nipple sparing mastectomies, and would be happy to discuss with you whether or not you’re a candidate for these types of breast cancer surgeries.

Dr. Aaron Margulies has a solo practice in Breast Surgical Oncology and General Surgery with an office at Tennova Turkey Creek Medical Center in West Knoxville, at Tennova North Knoxville Medical Center in Powell, at Jefferson Memorial Hospital and in Newport. His extensive research and expertise in the most advanced surgical treatments of breast cancer have distinguished him as a leader in the field. To learn more about Dr. Margulies’ compassionate surgical care approach visit www.aaronmd.com or call (865) 692-1610.

What Will Happen To My Lymph Nodes, My Armpit, and My Arm?