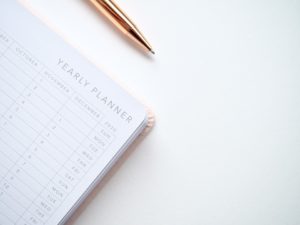 Hands down and without a doubt, mammograms are the best way to detect breast cancer early. Mammograms save lives, and so it’s crucial for every woman to know when she should be having them, and how frequently.

Recently, the American College of Physicians (ACP) published new screening mammography guidelines that are causing quite a bit of confusion. They recommend mammogram screenings for women starting at age 50 and continuing every two years until age 74. The ACP notes that their new guidelines are only for women with average risk of breast cancer and with no symptoms.

These guidelines are a departure from the guidelines that have been in place recommending that women begin getting mammograms at the age of 40 and continue yearly. So why has the ACP shifted age and frequency recommendations?

In addition, the ACP claims that mammography screening every other year rather than annually has no significant difference on breast cancer mortality rates. This is also not true. There have not yet been any randomized, controlled trials to test this claim. However, a study published by the National Institute of Health shows nearly 40% fewer deaths in women age 40-84 who were screened annually compared to those screened bi-annually.

I adhere to the American Society of Breast Surgeons guidelines for breast cancer screening, including:

The technology of mammography screening has progressed substantially, and I have personally seen how mammograms have saved lives by detecting breast cancer in the earliest, most treatable stages.

Before mammography screening became widespread in the 1980s, the rate of breast cancer deaths in the U.S. had not changed in 50 years. Since mammograms began in the ‘80s, the U.S. breast cancer death rate has dropped 43%. Another study has shown that women have a 47% lower risk of dying from the disease within 20 years of diagnosis if screened annually compared to those who are not screened regularly. And still other studies have shown that annual mammography screening cuts the risk of dying from breast cancer almost by 50%.

If you are age 40 or older, please follow the recommendations to get a mammogram each year beginning at age 40. And if you have a family history of breast cancer, talk with your physician about when you should begin getting mammograms.

If you’d like to discuss your risk of breast cancer, mammography screenings, or the most advanced surgical treatments for breast cancer, I would be happy to talk with you. Committed to serving breast cancer patients through my solo practice in Breast Surgical Oncology and General Surgery, I have offices at Tennova Turkey Creek Medical Center in West Knoxville, at Tennova North Knoxville Medical Center in Powell, at Jefferson Memorial Hospital, and in Newport. My extensive research and expertise my compassionate surgical care approach visit www.aaronmd.com or call (865) 692-1610.