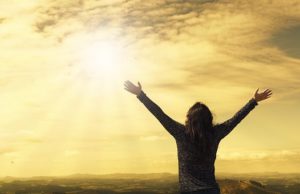 Approximately 20% of all breast cancers are HER2-positive, which tend to be more aggressive than HER2-negative breast cancers. For patients with HER2–positive early breast cancer who received pre-surgical chemotherapy plus HER2-targeted therapy and still have residual invasive disease at the time of surgery, this state of residual disease is associated with a worse prognosis of recurrence or death.

In the trial, Kadcyla® was given to HER2-positive breast cancer patients who had residual disease in the breast and/or in axillary nodes following neoadjuvant treatment. Kadcyla®  has two cancer-fighting agents in one drug: the first agent is an anti-HER2 antibody, which delivers Kadcyla® to the breast cancer, and the second agent is a chemotherapy drug, which kills the breast cancer.

Like many cancer medicines, Kadcyla® is given by intravenous (IV) infusion at a doctor’s office, hospital, or infusion center at three week intervals.

At three years, 88.3% of people in the trial who were treated with Kadcyla® did not have their breast cancer return compared to 77% who were treated with Herceptin, an 11.3 percent improvement. Kadcyla® improved invasive disease-free survival rates regardless of hormone receptor status, lymph node status, and prior HER2-targeted treatment regimen received before surgery.

The results of the trial were presented at the 2018 San Antonio Breast Cancer Symposium on December 5th, published in the New England Journal of Medicine, and will be submitted to regulatory authorities around the world, including the FDA.

I’m very encouraged by these positive results with Kadcyla® treatment for people with HER2-positive early breast cancer who have residual disease after pre-surgical therapy, and I will be recommending that all my patients who have HER2-positive breast cancer measuring at least 1-cm in size receive chemotherapy with HER2 targeted therapy prior to surgery.

If you’d like to discuss advances in surgical treatments for breast cancer, I am happy to consult with you. Committed to serving breast cancer patients through my solo practice in Breast Surgical Oncology and General Surgery, I have offices at Tennova Turkey Creek Medical Center in West Knoxville, at Tennova North Knoxville Medical Center in Powell, at Jefferson Memorial Hospital, and in Newport. My extensive research and dedication to continual learning have distinguished me as a leader in the field. To learn more about my compassionate surgical care approach visit www.aaronmd.com or call (865) 692-1610.

What You Need To Know About Breast Implants And Lymphoma