The stick was positive. You had been trying for months to get pregnant and finally, the little stick turned pink. Feeling the warm glow deep in your belly, you knew you had a little baby growing inside.

But then 3 months later, you felt a lump in your breast. You thought it was just a clogged milk duct, but after two weeks of cold cabbage leaves on your growing bosom, the lump did not go away. So you went to see the doctor, who performed an ultrasound of the lump. It was 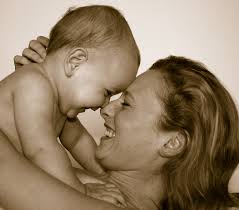 a cancer.     A needle biopsy confirmed the diagnosis.

Babies are resilient human beings and with the help of mother’s tender loving care, babies in-utero can tolerate breast cancer treatments pretty well. Chances are you will not need to put your unborn child at significant risk.

But chemotherapy will surely harm my child, won’t it? Most of the baby’s development is accomplished in the first trimester, by thirteen weeks. The last two trimesters are spent growing and getting stronger. While chemotherapy does kill cancer cells, the cells of your baby, after 13 weeks, are not readily affected by standard chemotherapy regimens for breast cancer.

After 13 weeks, the baby inside of you will remain safe, should you need to have chemotherapy to treat a breast cancer during this time period. There is a very small chance of miscarriage, but, in general, this risk is small compared to the risk of an untreated breast cancer.

What about tamoxifen? You may not need chemotherapy and just need tamoxifen. Unfortunately, tamoxifen and pregnancy don’t play well together.

We can help you live a long, happy life and help you see your child graduate from school, get married and have their own children. We can help you reach your golden years, those blessed years when you shower love on your grandchildren.