Home» Breast Cancer Diagnosis » What Are Papillomas And Why Do They Need To Be Excised? 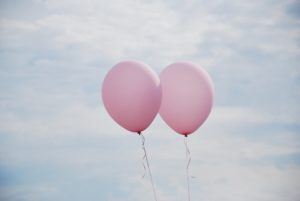 If you feel a lump in your breast, or have nipple discharge, don’t automatically assume you have breast cancer. There are benign breast conditions that can also cause lumps and bloody nipple discharge, such as an intraductal papilloma. This is a small, non-cancerous tumor that forms in a milk duct in the breast, most commonly in women between the ages 35 and 55. There are no known risk factors to indicate which women might be more likely to develop an intraductal papilloma.

Milk ducts in the breast are larger nearer the nipple, and become smaller the farther they are from the nipple. When a single papilloma grows in a larger milk duct, it’s called a solitary intraductal papilloma. This typically feels like a small lump near or behind the nipple, and it may cause nipple discharge or bleeding and sometimes pain. Solitary intraductal papillomas are not typically associated with a higher risk of breast cancer.

When papillomas form in the smaller ducts farther away from your nipple, they typically form as clusters of little tumors. In this case, the tumors are called multiple papillomas, which are associated with a slightly higher risk of breast cancer because they’ve been linked to a precancerous breast condition called atypical hyperplasia.

Another condition called papillomatosis develops when there’s an abnormal overgrowth of cells in your milk ducts, but the growths aren’t as distinct as papillomas. Papillomatosis is also associated with a higher risk of breast cancer.

Ductograms, or contrast x-rays of the breast ducts, can be helpful in detecting papillomas. An ultrasound and/or mammogram will also be done to better determine the size and location of papillomas. If the papilloma is large enough to be felt, or seen on ultrasound, a biopsy can be done so that tissue from the growth can be examined under a microscope.

Surgery is the recommended treatment to remove the papilloma and the part of the duct that it’s in so that the growth can be evaluated for any indications of cancer. While a recent study published in the Journal of the American Association for Cancer Research showed that most intraductal papillomas are non-cancerous, it reported that 17% have been shown to be cancerous.

Another study in the Annals of Surgical Oncology found that 21% of intraductal papillomas contained abnormal cells. Because there’s even a small risk of malignancy, or cancer, papillomas should be surgically removed and biopsied.

The difference between a benign and cancerous papilloma cannot always been appreciated after a needle biopsy. Usually, the whole papilloma needs to be evaluated by a pathologist under the microscope before a benign papilloma can be confirmed. The only papilloma that does not need a surgical excision for evaluation and inspection is a small papilloma that has no atypical cells and that the radiologist states has been completely removed by the needle biopsy itself. If you been found to have a papilloma after a needle biopsy, you should consult with a physician who specializes in diseases of the breast.

Women who have been diagnosed with multiple intraductal papillomas, even those with benign cells, should discuss risk factors for breast cancer and a screening schedule with their doctor.

While there’s no specific way to prevent intraductal papilloma, you can increase the likelihood of early detection by seeing your doctor regularly for breast exams, doing breast self-exams each month, and having annual mammogram screenings. You should also call your doctor if you have concerns about anything related to your breast health, such as small lumps or nipple discharge.

If you’d like to discuss any concerns about intraductal papillomas  or the most successful surgical treatments for breast tumors, consult with Dr. Aaron Margulies. Committed to serving breast cancer patients through his solo practice in Breast Surgical Oncology and General Surgery, Dr. Margulies has offices at Tennova Turkey Creek Medical Center in West Knoxville, at Tennova North Knoxville Medical Center in Powell, at Jefferson Memorial Hospital, and in Newport. His extensive research and expertise have distinguished him as a leader in the field. To learn more about Dr. Margulies’ compassionate surgical care approach visit www.aaronmd.com or call (865) 692-1610.