Life-Saving Advances in the Treatment of Breast Cancer, Part I 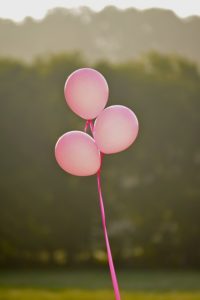 Hidden Scar surgery is a technique whereby incisions are placed in locations to decrease their ability to be seen on the breast. These surgeries are more difficult and time-consuming but the benefits to women are priceless. When one has surgery, one does not care about scars. One just wants to be alive and breathe the fresh air of life. But later, when you see your scar every day, it can serve as a reminder of challenging times. No one will ever forget their struggle against cancer, but an obvious daily reminder can be discouraging. If a scar can be made less conspicuous, or if a scar can be made harder to see, then you will not have a daily reminder of your struggle. Rather you will have a soft scar that reminds you of your victory. You will look good and feel better.

The greatest advance in the treatment of breast cancer is perhaps the discovery of the Her2 (human epidermal growth factor 2) receptor, its role in breast cancer growth and the development of monoclonal antibodies against the Her2 receptor. Researchers, with support from the American Cancer Society, identified that many of the extremely aggressive breast cancers had a protein on the surface of their cells called Her2. The receptor made the breast cancer grow rapidly and aggressively, killing many women. But the researchers then developed a monoclonal antibody, i.e. a silver bullet, against this receptor. These silver bullets, Herceptin (trastuzumab) and Perjeta (pertuzumab), administered by IV along with chemotherapy save countless lives of women with Her2-positive breast cancer.

Radiation therapy after a Partial Mastectomy, i.e. Lumpectomy, can be a long, tiresome project. While at first there is much excitement at killing any remaining, hidden breast cancer cells in your breast, by the end of 6 weeks, you are starting to get tired and less enthusiastic. But you trudge on. The Canadians developed a protocol for delivering radiation therapy to the breast after a partial mastectomy in one-half the time. Now, instead of the 7-8 weeks, you can be done with your radiation therapy in 3-4 weeks. And you can get back to your regular life sooner.

Hiding the scars of treatment, reducing the amount of treatment needed and focusing the treatment on the most vulnerable targets are just some of the giant steps we have made over the past decade.

Vaginal Dryness After Breast Cancer Can Be Treated