How a Nipple Sparing Mastectomy Can Improve Emotional Well-Being 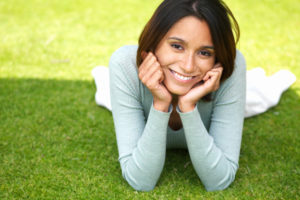 Betsy was happy with her body. She was fashionable is a summer dress. She was relaxed in a bathing suit. She was confident in her fall sweater. She was happy, until last week. She got the phone call. Yes, that phone call, the one where the radiologist calls and tells you that you have breast cancer. Betsy was afraid. She was scared.

But what if we could keep your breast looking the same? It would take the edge off of the pain of your loss, maybe.

Today, options exist so that you can keep the look of your breast and perhaps even improve upon its appearance.  The Nipple Sparing Mastectomy, or the Total Skin Sparing Mastectomy, is proving to be a safe oncologic procedure, meaning the risk of recurrence is the same as a Total Mastectomy. The basic idea is to leave the skin of the breast alone, while removing all of the breast tissue “inside” the skin of the breast. Studies have shown time and again that recurrence rates are the same, no matter what type of mastectomy that one has. The incision, which is rather long, is made on the bottom side of the breast so that the scar is not seen when you are standing up. You keep the outside of your nipple and most, if not all of your skin. While your breast is not there it will look like your breast is there. Your nipple will be there and it will look like a nipple. And then the plastic surgeon will place an implant to recreate your breast, giving you a lift so that your breasts will look natural and awesome!

Now, not all women are good candidates for a Nipple Sparing Mastectomy. What matters is where the nipple will end up after the reconstruction. You do not want your nipple too high and you do not want your nipple too low. So, large D or DD breasts may not be ideal candidates and a small A breast may not be an ideal candidate. Typically, B and C breasts are best for Nipple Sparing Mastectomies, but ultimately the Plastic Surgeon will need to make that determination.

If you are not a candidate for a Nipple Sparing Mastectomy, you can still have nipple reconstruction after a Total Mastectomy. In a previous blog, I discussed Vinnie in Maryland, a tattoo artist who has become the premiere artist of nipple tattooing. He quit his tattoo business and focus on recreating nipples for women with breast cancer. He missed his tattoo art and was ready to quit so he could return to his love of being a tattoo artist. But his sister called and said she had recently been diagnosed with breast cancer. Vinnie continued to tattoo nipples on women who have had their breast reconstructed.

Betsy was a great candidate for a Nipple Sparing Mastectomy. While she had the breast with cancer in it removed and reconstructed, she kept her opposite breast. Most importantly, she had fought breast cancer and won. And she had a set of breasts that again let her feel fashionable in a summer dress, relaxed in a bathing suit, and confident in her fall sweater. And although her two breasts were not a perfect match, Betsy was delighted with how they looked and how they made her feel.

Betsy was satisfied. She had beaten cancer. She felt whole.

Breast Cancer in the Age of Genetics: Using DNA to Guide Treatment and Reduce Risk