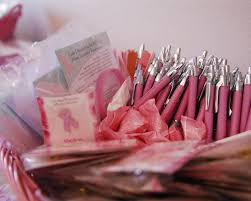 Jackie is a good mom. She takes care of her kids. She gets them to do their homework. She drives them to dance class, soccer games and piano lessons. She washes their clothes, packs their lunches and cooks their dinner. And she does the same for her husband. Jackie has little time for herself, especially when you take into account the volunteer time at her kids’ schools.

So, when her friend, Leslie asked her to join her for a Breast Cancer awareness event, Jackie was very reluctant. She prized her private time, what little of it she had, and she did not want to go to some community event. She could do that later, when her kids were older and out of high school. But for now her family needed her.

Jackie certainly did not have time to get a mammogram, but she agreed to go the Breast Cancer Awareness event because it would be on a Sunday afternoon and she could bring the whole family.

On the day of the event, the whole family packed into the mini-van and headed downtown. They had a great time. The sun was shining and there was a cool, crispness to the air. They got tons of free stuff, played Frisbee and listened to some awesome music.

And then came the speeches. Boring! Except for the one from a survivor. This 47-year old mother of three told the story of feeling a lump in her breast one day during her shower.

This lady told the story of mammograms and MRIs; of biopsies and needles; of consultations; and of surgery and chemotherapy and radiation. She told the story of her battle and the struggle she and her family went through. She had an advanced cancer and although her chances of survival were great because of all the treatments, still her survival was not guaranteed.

Jackie had her mammogram and thankfully, the mammogram was negative. She will be getting her mammogram every year, because of all the gifts she gives her family, the greatest gift is her life. And mammograms save lives.