Why You Need To Know About HBOC Week and Previvor Day 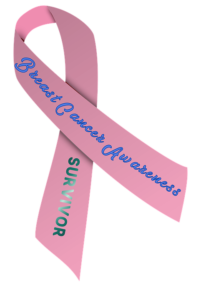 The last week of September is National Hereditary Breast and Ovarian Cancer (HBOC) Week, and October 3rd is National Previvor Day. These are both important events to raise awareness about hereditary cancer and the importance of BRCA gene testing. Millions of people carry an inherited BRCA gene mutation or have a family history of cancer, but many remain unaware of their risk. National HBOC Week and Previvor Day aim to change that.

I also aim to change that by raising awareness of genetic cancers and promoting the benefits of genetic testing. My practice is the only practice in East Tennessee that has offered consistent testing for HBOC and many other genetic cancer syndromes. Imelda Margulies, our genetics specialist, has been a community leader for over ten years, educating the medical community and the public on the benefits of cancer genetic testing.

What Genetic Testing Can Reveal

The BRCA (Breast Cancer) genes normally suppress the development of tumors to prevent cancer from developing. However, mutations in one of two genes—BRCA1 or BRCA2— are associated with most inherited cases of breast and ovarian cancer. It’s estimated that a BRCA1 or BRCA2 genetic mutation increases a woman’s risk by:

If someone has a history of breast or ovarian cancer in their family, they can be tested for BRCA1 or BRCA2 gene mutations. If they test positive for BRCA mutations they can then decide to take preventative measures to decrease their risk of developing cancer.

Angelina Jolie is a famous example of someone who had a strong family history of both ovarian and breast cancer. After she tested positive for the BRCA1 gene mutation she elected to have a double mastectomy and had her ovaries and fallopian tubes removed.

Men aren’t exempt from the need for BRCA awareness, either. Men can also carry BRCA mutations, which significantly increases their risk of developing breast cancer, prostate cancer, melanoma, and pancreatic cancer. Both men and women have a 50% chance of passing the BRCA genetic mutation to their sons and daughters.

Unfortunately, many men and women need BRCA testing but don’t realize it, or their physicians fail to recommend it.

Researchers have recently reported that current genetic testing guidelines are nearly 20 years old and exclude many patients who would benefit from BRCA testing.

According to two studies comparing populations of people who did and did not meet guideline criteria for genetic testing, outdated genetic testing guidelines exclude almost half of high risk patients.

One study found that patients had a similar number of pathogenic mutations related to breast or other cancers, whether they met the testing guidelines or not. In a second study, Medicare patients who did not meet guideline requirements for BRCA1/2 testing also had similar rates of testing positive for the genetic mutations as those who qualified.

Another study showed that only 8% of disabled or older women in the Southeastern U.S. on Medicare who had been diagnosed with breast or ovarian cancer, and had met the criteria for BRCA1 and BRCA2 mutation testing, actually had BRCA testing done. Whether this was by choice or because their physicians failed to recommend the testing is unclear.

Should You Have BRCA Testing?

I recommend BRCA testing if:

HBOC Week marks the transition between National Ovarian Cancer Awareness Month and National Breast Cancer Awareness Month and recognizes anyone affected by hereditary breast cancer, ovarian cancer, and related cancers. This includes women and men with BRCA mutations, people with a family history of cancer, breast and ovarian cancer survivors and previvors, and individuals who carry a strong predisposition to cancer but have not developed the disease.

To learn more about HBOC and Previvor Day, and how you can help loved ones who are at risk of developing hereditary cancers, visit FacingYourRisk.org.

If you’d like to discuss your risk for hereditary cancer or BRCA testing, consult with Dr. Aaron Margulies. Committed to serving breast cancer patients through his solo practice in Breast Surgical Oncology and General Surgery, Dr. Margulies has offices at Tennova Turkey Creek Medical Center in West Knoxville, at Tennova North Knoxville Medical Center in Powell, at Jefferson Memorial Hospital, and in Newport. His extensive research and expertise have distinguished him as a leader in the field. To learn more about Dr. Margulies’ compassionate surgical care approach visit www.aaronmd.com or call (865) 692-1610.

Story Of Hope: Aunt Laura Is Thriving 7 Years After Diagnosis