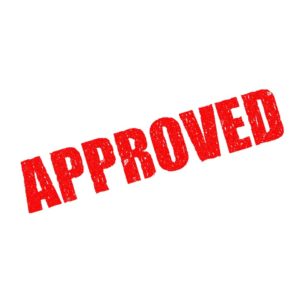 The regimen involves a combination of immunotherapy and chemotherapy—Tecentriq and Abraxane, respectively—and is intended for patients whose Triple Negative Breast Cancer is locally advanced or metastatic, cannot be surgically removed, and has cells that contain a protein called PD-L1.

The challenge with treating Triple Negative Breast Cancer has been that the cancer has none of three common types of receptors—estrogen, progesterone, and HER2—that can be targeted by therapies such as tamoxifen or Herceptin to stop growth and kill the cancer as can be done in other types of breast cancers. Treatment has been limited to surgery and chemotherapy, and prognosis is poorer than other types of breast cancer.

With approval of this first immunotherapy regimen, we now have an agent that can be targeted in the treatment of Triple Negative Breast Cancer and which engages the immune system.

A New Target For Treatment & Engaging The Immune System

The exciting prospect of this newly approved immunotherapy treatment is that the PD-L1 protein provides a new area to target for treatment. This is why a patient with Triple Negative Breast Cancer must have the PD-L1 protein in the cancer cells for this new drug to be effective. It’s similar to how you must have the Her2 receptor for Herceptin to be effective in other types of breast cancer.

The FDA’s decision follows a study published in the New England Journal of Medicine revealing that the therapy extended progression-free survival, meaning the amount of time in which a patient’s Triple Negative Breast Cancer does not worsen.

This is the first time immunotherapy is suggested to have an effect on such a hard-to-treat form of breast cancer, but it comes with a note of caution. The FDA’s approval was given with an “accelerated” status, which is granted for “drugs that treat serious conditions, and that fill an unmet medical need” based on data that suggests, but may not directly measure, a clinical benefit.

As such, further trials need to be conducted to clinically confirm that the drug is beneficial and eligible for traditional FDA approval. The maker of Tecentriq, Genentech, is expected to submit a final report with subsequent findings to the FDA in September 2020.

In the meantime, the foray into immunotherapy treatments for breast cancer is extremely exciting, and the prospect of treatments that may activate your own immune system to kill your cancer is promising. There are many clinical trials that are now on-going, and we are just at the beginning of a whole new revolution in cancer treatments.

If you’d like to discuss your breast cancer diagnosis or the most advanced surgical treatments for breast cancer, I would be happy to talk with you. Committed to serving breast cancer patients through my solo practice in Breast Surgical Oncology and General Surgery, I have offices at Tennova Turkey Creek Medical Center in West Knoxville, at Tennova North Knoxville Medical Center in Powell, at Jefferson Memorial Hospital, and in Newport. My extensive research and expertise my compassionate surgical care approach visit www.aaronmd.com or call (865) 692-1610.