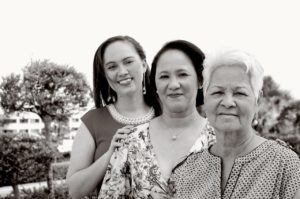 Genetic testing is an increasingly important topic in both breast cancer research as well as the prevention and treatment of the disease. The most important and well-known inherited genetic factors that influence your risk for breast cancer are mutations in the genes called BRCA1 and BRCA2.

Women—and men—with either one of these gene changes are considered to have Hereditary Breast and Ovarian Cancer (HBOC) syndrome. According to the American Cancer Society:

Who Should Have Genetic Testing?

The American Society of Breast Surgeons released updated guidelines advising that testing should be expanded to include all patients with any personal history of breast cancer, including those who have already survived breast cancer, or have survived other cancers that may potentially be BRCA-related.

The purpose of genetic testing is to find out if you or your family members are at a higher risk for specific types of cancers. Finding out if you have genetic mutations such as BRCA1 or BRCA2 is by no means a sentence to cancer.

Rather, the information is intended to help you be more proactive in monitoring your health and, if necessary, to take any appropriate steps to reduce your cancer risks. Early detection and risk reduction measures could be lifesaving—not only for you, but for your children.

How Accurate Is Genetic Testing?

Millions of people have undergone genetic testing, specifically to check for BRCA1 and BRCA2 mutations. When performed and evaluated correctly, genetic tests are remarkably accurate.

However, a story in the news this past January caused some alarm for patients who were considering genetic testing, or who had already had genetic testing done. The story reported that a young woman and other female members of her family tested positive in the 1990s for BRCA genetic mutations. The young woman’s results showed she had up to an 84% risk of breast cancer by age 70, so she took surgical measures to reduce her risk of cancer.

But this year, the young woman and her relatives learned the test results they received in the 1990s from Myriad Genetics weren’t as bad as were originally thought, with the company reclassifying the genetic variant from “pathogenic” to having “unknown significance.” In other words, her genetic test results had been reinterpreted as “likely harmful” and years later were changed to “uncertain.”

What’s important to emphasize today is that it’s extremely rare for interpretations of genetic testing reports to change from harmful to anything less than that. Women, and men, who have been told that they have a BRCA1 or BRCA2 mutation should know that it is exceedingly unlikely that the test is inaccurate, or that anything has changed.

Our Director of Clinical Genetics Service, Imelda G. Margulies, FNP, is specifically trained in genetic testing and counseling. She can review your family history in detail to help you determine whether or not you should strongly consider genetic testing. If you do pursue genetic testing, she can then help you fully understand the results and what it means for both you and your family.

If you have a family history of breast or ovarian cancers or have wondered if you should consider genetic testing, or if you need a consultation on the most successful surgical treatments for breast cancer, consult with Imelda G. Margulies, FNP and Dr. Aaron G. Margulies.

“Thank you for your excellent care.”