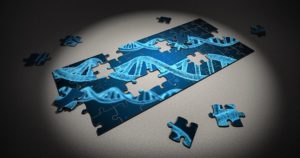 When PARP-Inhibitors were introduced as a new class of drugs for the treatment of breast cancer in 2013, we were excited about the potentially life-saving benefits for patients with Triple Negative Breast Cancer.

At the time, we explained how PARP-Inhibitors, or PARP-I, were designed to affect DNA and BRCA mutations. DNA is basically a blueprint for our bodies. Molecules read the DNA and then make the various parts and proteins of our bodies. If the DNA gets broken, then our cells cannot produce what we need and those cells usually die.

The cells that survive will either have an oncogene or a tumor suppressor gene, and these cells will grow uncontrollably and become cancer, most often in breast and ovarian cells. However, there are two ways our cells can fix broken DNA. The first mechanism is the BRCA pathway.

BRCA is a collection of DNA, which is a healthy gene that everyone has in every cell. BRCA has a protein that fixes, or repairs, DNA that is broken. If the BRCA gene is abnormal, which many people understand as BRCA1 and BRCA2, then broken DNA does not get fixed.

Which brings us back to PARP. If the BRCA pathway is broken, then the cell uses another pathway, the PARP (poly ADP ribose polymerase) pathway, to fix the broken DNA. So, if the BRCA cells are abnormal, their DNA can be repaired by PARP so that they can survive and grow uncontrollably, becoming cancer. But if we can inhibit PARP, i.e. use a PARP-I, then an abnormal BRCA cell that might have become cancer cannot repair its DNA and dies.

The future is brighter every day, and many dedicated scientists and physicians are searching and studying and experimenting for a cure, every day of every month.

If you’d like to discuss the most successful surgical treatments for breast cancer, I am happy to consult with you. Or, if you’ve recently been diagnosed with breast cancer or are wondering if you should seek a second opinion on your diagnosis or surgical plan, I am also happy to consult with you. I have an office at Tennova Turkey Creek in West Knoxville and an office adjacent to Tennova North Knoxville Medical Center just off of Emory Road in Powell.

My extensive research and dedication to continual learning have distinguished me as a leader in the field of specialized breast cancer oncology. To learn more about my compassionate surgical care approach, visit www.aaronmd.com or call (865) 692-1610.